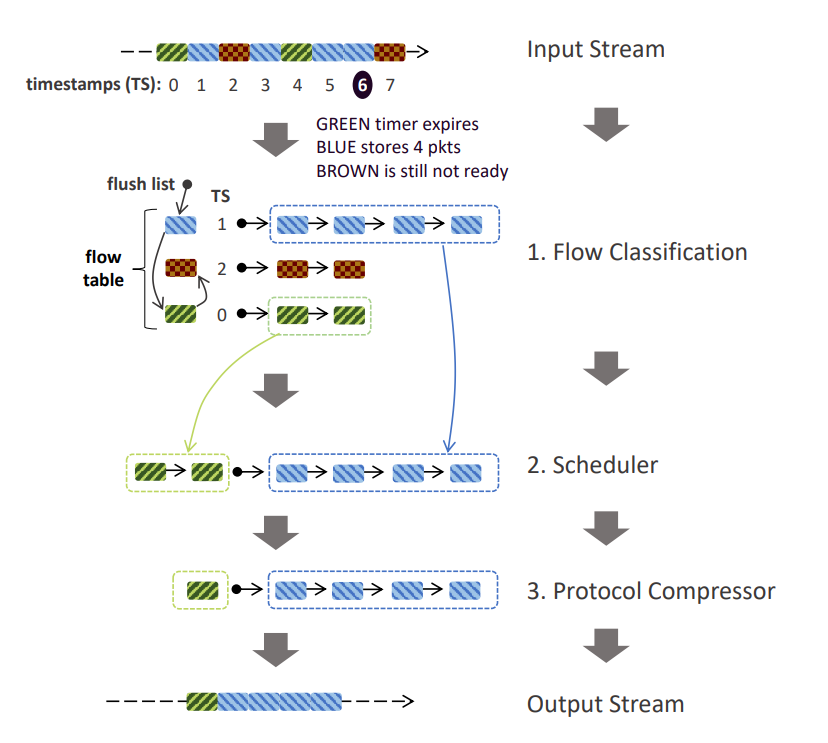 In this paper, we systematically study the impact of temporal and spatial traffic locality on the performance of commodity servers equipped with high-speed network interfaces. Our results show that (i) the performance of a variety of widely deployed applications degrade substantially with even the slightest lack of traffic locality, and (ii) a traffic trace from our organization reveals poor traffic locality as networking protocols, drivers, and the underlying switching/routing fabric spread packets out in time (reducing locality).

To address these issues, we built Reframer, a software solution that deliberately delays packets and reorders them to increase traffic locality. Despite introducing μs-scale delays of some packets, we show that Reframer increases the throughput of a network service chain by up to 84% and reduces the flow completion time of a web server by 11% while improving its throughput by 20%. 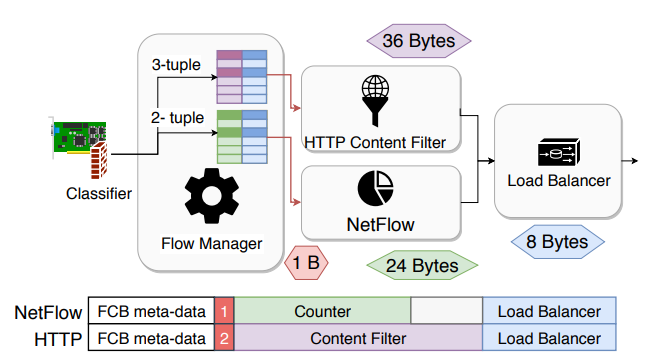 After encountering novel challenges arising at 100G speeds, a follow-up longer version of our MiddleClick paper has been published in the IEEE/ACM Transaction on Networking journal in 2021 with hardware offloading, and an improved algorithm for combining sessions.

The code has been reverted into FastClick, allowing to have unique state management for multiple VNFs, automatically combined. On top of this session system, one can easily modify TCP or HTTP streams on the fly without full termination!

Check out the paper ! The code has been merged to FastClick. The experiments are fully reproducible and described here. You can also check the ToN page. 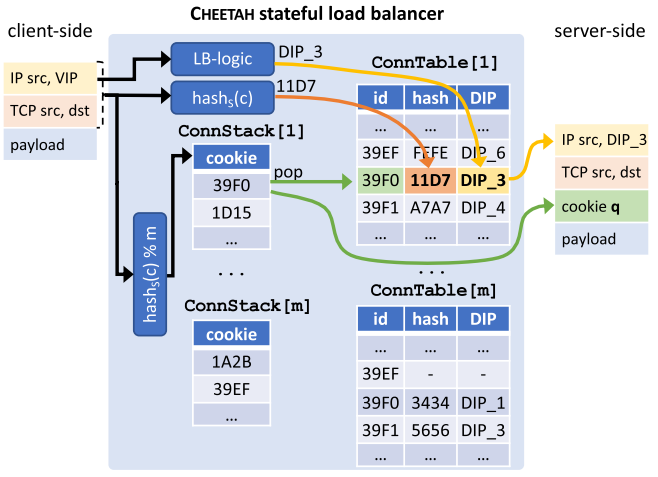 In this journal version, we extended our conference paper with additional, peer-reviewed material: 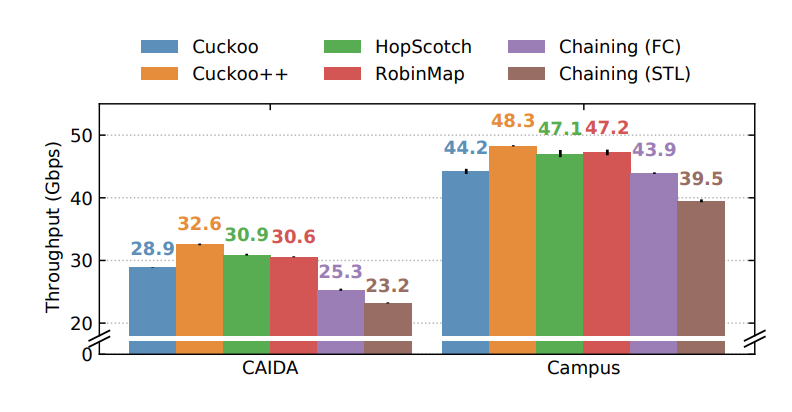 Our paper “High-speed Connection Tracking in Modern Servers” will be presented by Massimo Girondi at the IEEE HPSR 2021, the 22nd International Conference on High-Performance Switching and Routing.

We have analyzed the performances of six different Hash Tables implementations, studying how to scale them across multiple cores and how to efficiently remove expired entries, benchmarking them with up to 100 Gbps traffic.

This is joint work Marco Chiesa and Massimo Girondi, the first author.

Early February we presented a talk at FOSDEM, a huge Open-Source gathering with my colleague Alireza Farshin. The video is now released!

In the talk we present FastClick with a short demo, do a round of existing alternative modular framework (VPP and BESS mainly) and then discuss the future of software dataplanes, which we believe our recent work PacketMill starts to address.

We mainly show how FastClick is still really up-to-date with competition and goes beyond sota with PacketMill’s enhancements. We also re-did an experiment at 100G showing how FastClick now improves Click by more than 30x in a forwarding configuration. This is because we continued to maintain FastClick since nearly 6 years now and we do consider pull requests, and integrate recent research while good old Click itself is sadly stalling since a decade now. I will do a blog post about the state of FastClick in the next weeks.

I also bought the www.fastclick.dev domain to start a little showcase website. For now it redirects to GitHub. Feel free to help 🙂